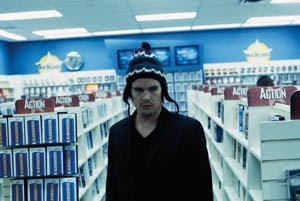 I finished up an interesting Shakespeare on Film series with the Douglas County Library System – ending with Michael Almereyda’s just fantastic Hamlet (it’s fucking amazing - re-orders the universe in a way), and Orson Welles’ savage MacBeth - and am looking forward to talking Pan’s Labyrinth and, among others, Birth and Days of Being Wild for a couple of new series at the end of this month. has been good enough to green light an “American New Wave” series for me in September – I’m hoping to program The Conversation, Bonnie & Clyde, The Parallax View, The Last Detail, and so on. Good times. Mostly I remember the paranoia. It occurs to me that a whole, interesting series could be built around just versions of “MacBeth”: from Kurosawa’s Throne of Blood all the way through to the Polanski and Welles versions and then that funny one with James Le Gros, Christopher Walken, and Maura Tierney. After the upcoming The Invasion, you could do one with versions of the pod story as well. Truly a tale for all times.

In a couple of weeks, I’ll be doing Philip Noyce’s The Quiet American – the film that I’m starting to think is better than Noyce’s other film from that year, Rabbit-Proof Fence. At the time of the latter’s release, I remember calling it “critic-proof fence” to the consternation of the picture’s publicist. What a jackass I am.

A couple of Bergman events planned for the mothersite – and a eulogy proper planned for airing in this blog, penned by one of our fine writers – but for now, RIP, by the way. I’ve mentioned it before around here but we got the name of our daughter from his The Seventh Seal: thus are we bound to art. I’m reminded, too, of a great Coleridge quote:

And what if all of animated nature
Be but organic Harps diversly fram'd,
That tremble into thought, as o'er them sweeps
Plastic and vast, one intellectual breeze,
At once the Soul of each, and God of all ?

I never thought Bergman necessarily deserved any of his reputations: great artiste; insufferable bore; airless intellectual – but there are certainly a handful of films of his that I think about not infrequently. I consider it to be a great honor to have spoken about Persona a few months ago. I’m looking forward to writing it up in the near future.

Just finished a particularly long project that’s taken a lot out of me but, simultaneously, given me a tremendous amount of insight into an American icon I had heretofore taken for granted – and am engaged in another mega-project that I hope will segue into a few personal projects. A couple of interviews simmering: too soon to talk lest we jinx them – I’m feeling a new energy around these parts and hope that it doesn’t flag before a few more tent-posts are planted into the ground.

Saw a giant standee for the new Robert Zemeckis Beowulf that made me fairly hard, I have to admit. Especially its script by Neil Gaiman. . . okay, especially the Frazetta-like profile of Angelina Jolie. I guess there’s a new teaser for The Dark Knight floating around and am happy to report that a second viewing of Harry Potter 5 is as good as the first. I suspect the same won’t be true of any subsequent screenings of Danny Boyle’s Sunshine.

Currently reading J. Hoberman’s exceptional The Dream Life. Currently listening to Gram Rabbit’s “Music to Start a Cult To”. Francis Coppola admits that he wanted to do Godfather IV with an ailing Mario Puzo in the same week that I discovered that the new director’s cut of The Outsiders is possibly his last true masterpiece – and weep at the revelation that Ray Harryhausen has praised colorization using the “we wanted to shoot it in color in the first place”. Fuck all over that. Have given up on “John from Cincinnati” apparently just at the moment that it started to get good – thank goodness for On Demand – and is it just me or has “Big Love” turned “Carnivale”?

Weird few weeks, guys – seismic upheavals on the personal front though nothing fatal, I think – but it’s all left me feeling exhausted, a little delirious in that head rush when drinking sort of way, and present in a way that I haven’t been in months. Let’s hope it lasts.

Groovin' on a Thursday Afternoon 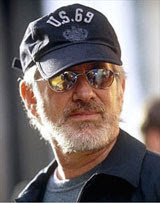