Hanna and Her Brothers 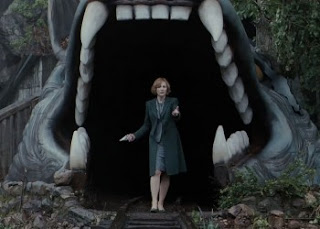 Hanna was raised in the woods by her beloved Papa, a hunter and woodcutter (both trades undertaken for the simple matter of survival). Her nemesis is also her Grandma, in a sense, with an oral hygiene compulsion so fierce she scrubs her teeth till they bleed. (She's sharpening them, see?) When the green-slippered foe confronts Hanna, she steps forth from the maw of a wolf. (Nor is this the last transformation she'll undergo before the end.)

Joe Wright's Hanna is an espionage quest which, like all such riffs post-Bourne, is really a search for identity. Hanna — no ordinary girl, but a Chosen One just as surely as Harry Potter is — has been shaped one way, but her emerging individuality demands she sculpt herself anew. It's at just such points that our forebears turned to the folktales of their culture, like those collected by Jacob and Wilhelm Grimm, to illustrate the perils of straying from the path or trusting in the wrong authority figure. The root wisdom of these tales, we are told, have resonance for the ages, and we do well to heed them.
The film's own distributor tried hard to make such a point, publishing an interview with highly-paid fairytale inverter Gregory Maguire. But just as Hanna sets out to refashion those myths to its own ends, I'm not convinced there's anything more to be done with Grimm-era fairytales but invert them. We don't read them to our kids nowadays, but we all know their gist — at least their bastardized versions, filtered once by the Grimms, once by Disney. So they remain a kind of irrelevant background hum of easy reference and surface psychology. 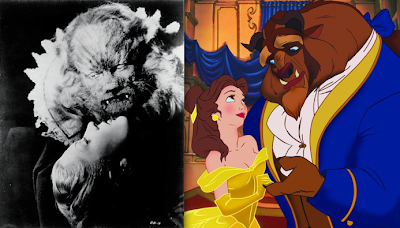 Yet how often they're employed when filmmakers turn their lenses on young female heroines! Catherine Hardwicke's recent Red Riding Hood, Matthew Bright's 1996 Freeway — have we no other overlay to apply when making a film about a young woman's transition to sexual maturity or worldly wisdom? Neil Jordan's The Company of Wolves remains the best contemporary application of childhood myths to the passage into womanhood, and it won that mantle by developing its own allusive, symbolic vocabulary. 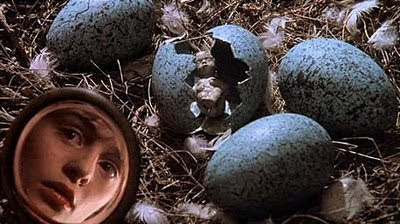 Most commonly, the palimpsest of a childhood myth is held up in order to be overwritten. The movies believe they're striking a feminist blow in this way. Riding Hood will not be eaten (read: raped). The princess will escape the tower, with minimal assistance at most. And when it comes time to kill the wolf, she don't need no stinking huntsman to do it for her. There's no instruction taken from these stories anymore, just an opportunity for postmodern mockery.
Comic books saw the opportunity long ago. After Alan Moore deconstructed the superhero, Neil Gaiman did similar for the fairytale — gently, because he respects the power of story, but his groundbreaking Sandman opened the door for future creators to get it wholly wrong. After Sandman and Bill Willingham's Fables, it's very hard to look a classical myth straight in the eye without smirking. Much easier for our young people to learn life lessons from the troubled, downtrodden Marvel heroes, who teach us that no matter how nobly endowed we might be, we're easily pricked by debt (Spider-Man), addiction (Iron Man), anger (The Hulk) and all the other ills of the modern day. But where the fairytale-derived femme flick has to do with transcending boundaries, the comic book movie has a lot of interest in reinforcing them. 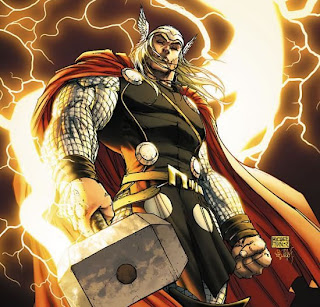 Thor, by way of Marvel, is both a superhero comic and a folktale — a rough gloss on Norse myth that remains "classical" in the sense that pride is at the root of Thor's fall to Midgard. Once there, of course, he becomes its defender, all the while trying to live up to the standards of his distant, powerful father Odin. He can regain his status only by defending the status quo, on Earth as it is in Heaven.
In comics, superheroes are bound by their archetype to be defenders of the norm, not transformers. This goes for female superheroes too (unless they're named Promethea, and there's Alan Moore again). They spring forth fully formed and go punch stuff alongside the boys. This is why Wonder Woman may never get a movie treatment, and why her latest TV show may founder before it even airs: There's nothing at stake when you start out perfect.
To this end, if my choice of Germanic heroes come down to Thor or Hanna, give me the ice-blond girl-assassin. Hanna is made to be one thing and becomes something else; she's slotted into a design — actually two designs: that of her foes and that of her father — and then outgrows it. Thor was born to break shit with his hammer, and that's what he does, for pretty much one purpose, no matter where you put him. Hanna is a superheroine, but not in the limiting comic-book sense. She's something older than superhero tales, older even than Stan Lee.
But why must it be either/or? Surely there are other lenses through which to view film heroes, and particularly film heroines. Not every male hero needs to be a tortured Bruce Wayne, nor every female a sheltered princess awakened by a kiss. Close the book of fairytales. Put the comics back on the store rack. Think of what makes boys and girls into men and women now, today, and then tell me that story. I'm sitting comfortably, here in the dark, waiting to see it.
Posted by Jefferson Robbins at 1:10 AM 7 comments: