Somebody talk to me about Pat Garrett and Billy the Kid in socio-political context because I think I just saw its millennial doppelganger in The Assassination of Jesse James by the Coward Robert Ford.

Fresh from a nice chat about Andrey Zvyagintsev’s The Return at Beaver Creek’s beautiful , I’m dying to see his new one, Banishment, based on a writing by William Saroyan and premiered at this year’s Cannes Film Festival. The trailer looks like more of the same which is, of course, not a bad thing at all. Heard today, too, that Burn After , the new Coen Bros. spy flick starring Clooney, Tilda Swinton, Brad Pitt, Frances McDormand, and Malkovich has started production.

Owen Wilson tries to kill himself? That’s some bad juju there. Now Steve Coogan and Courtney Love are in the fray – the latter accusing the former of getting into some heavy shit. Whatever happened, it reminded me a lot of The Royal Tenenbaums and, from there, The Darjeeling Express - when brother Luke’s character shaves his hair and opens his wrists to the tune of the late Elliot Smith’s “Needle in the Hay”. The singer, incidentally, dead by auto-inflicted steak knife to the chest.

(Another odd non-synchronicity, some guy working at the University of Colorado’s student center slit a student’s throat out of nowhere and then started stabbing himself in his chest until police tasered him. It’s the goddamnest thing.)

Got a last second gig to host a screening of The Third Man on Saturday, projected from a 16mm source, at ’s Starz Filmcenter as part of their “Tattered Cover Film Series”. Admission is free, but it’s always a sellout so get there early if you’re coming. That afternoon, at , screening Bonnie & Clyde as part of ’s “American New Wave” series. Admission? Also free.

Finished the first seasons of “” and “Dexter” and the last season of “Deadwood” – two are great, one sucks. Here’s a hint: Showtime series are uniformly awful. Imagine if “Dexter” had been written by David Milch instead.

In other news, Elias Merhige has a new film out. A short film that you can watch for free here:

http://www.dinofcelestialbirds.com/. Just found out that his Begotten is out of print. Shame, that. 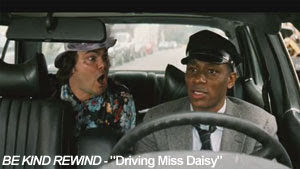 In lieu of a Friday update at the mothersite...
Discuss if you're so inclined.
P.S.: They're splitting Grindhouse into two movies for DVD. Bummer, huh?
Posted by Bill C at 9:54 PM 30 comments:

I dunno. Ebb and flows.

Busy time coming up. A new film series starting in the : one of the most beautiful places on the planet. Most of the notoriety comes from the ski resort, but the last three years or so a fledgling film festival has started up on its slopes that’s actually fairly impressive. Celebs like resorts – festivals like money – movie people like monied people: it all works out. The series is four films: Express, The Return, 3-Iron, and Pan’s Labyrinth. New American New Wave series starting up as well: five Saturdays. We’ll be doing Bonnie & Clyde, McCabe & Mrs. Miller, The Conversation, The Last Detail and The Stunt Man – as well as a cinematography series that will include pics like Hud and Days of Being Wild. It’s good because I like the work – and good, too, because I need the money.

Working on a couple of big projects – a few interesting assignments, a few that are just frustrating as fuck – and looking around at a few of my friends and peers who are going back to school, going out for drinks, going off on a lark. Checking that watch and wondering if it’s too soon for a mid-life crisis. How old was I ever going to get, anyway? 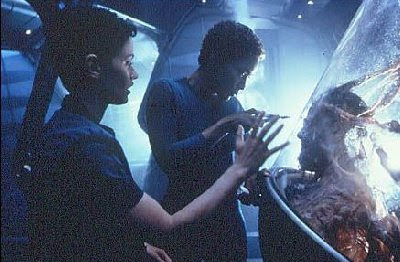 Amid a few screening duties (including Walter Hill’s still-delightful The Warriors – anyone here for an all-out revival of Hill’s works? Post-Sunshine, I was really hankering for a director’s cut of his Supernova) got a chance to watch Jack Hill’s Spider Baby, released in that annus mirabilis, 1968. Things really fucking flew apart that year in the , you know, bad enough that Richard stinking Nixon actually quoted Yeats in one of his speeches. He was talking about hippies, I think (most probably Abbie Hoffman in particular), but it’s gotta’ be bad for Mr. Bad Faith to assume the role as the proverbial falconer. 1968 in the movies has generational horror flicks like Rosemary’s Baby and Night of the Living Dead – and the ultimate freak-out in 2001: A Space Odyssey – too many to mention, really. The Wild Bunch is in there, right? Bonnie & Clyde and Easy Rider. . . and and Bobby Kennedy and and The Family. In a lot of ways, is still suffering the hangover of that year.1968.

But, oh yeah, Spider Baby is hilarious. An opening murder-by-shears is appropriately nauseating (though not overly gory by any stretch) and Lon Chaney’s sad performance as a caretaker of a family of inbred misfits recalls of all things, certain feelings elicited by The Texas Chainsaw Massacre. Inspired? Not quite. But definitely worth a look.

Saw The Invasion tonight and it’s just fucking bloody awful. Dumb as dirt and proselytizing, too – with every line of dialogue written by Kang and Kodos.

Saw Superbad last week and it’s not bad – mostly because I like Michael Cera.

Anyone here bite the pride bullet and go to Stardust?
Anyone here read the pieces on Antonioni and Bergman by Scorsese and Allen?

“John from ” just got the hook – though what I’m really interested in is Alan Ball’s new Vampire series. I have hope, but frankly after “Six Feet Under”, the premise feels a little redundant. I have faith that he’ll surprise me. It’s good to have faith in something.