I love movies so much that only two people have ever managed to chase me away from the screen: David Cronenberg and Takashi Miike. But they meant to do that.

I am sure, in my heart of hearts, that Miike planned for me to split to the lobby when Asami’s ex-boyfriend finally crawled out of his burlap sack in Audition. Likewise, I’m certain Cronenberg really wanted me to pause the VCR that spring night in 1987, and go for a brisk walk around the park to shake Videodrome’s info-cancer monologue from out of my head.

Well played, sirs. You did for me what cinema seldom does — made me afraid of the virus I might catch from your images, and of my complicity in your shocking acts. You surprised me, in short, and like the rush of a first cigarette, it’s a thrill I’ve sought over and over again.

Yonder stands Bill Chambers, waving me toward a fresh carton of Luckys. I contacted Bill late last year with a proposal to cover the Seattle International Film Festival, taking place May 21 to June 14. I had two reasons: I love to be surprised by movies, and I love Film Freak Central. Those reasons, I suspect, are the same ones that brought you here to read this now. Welcome, accomplice.

I’ve never been a film critic before, except in the way that everyone is. “That sucked,” I’ve said innumerable times, walking from theater to car. “That rocked,” I’ve said far less frequently. But it’s not the thumbs up or thumbs down that’s important— it’s the internal and interpersonal debates that bring us to those conclusions. The reasons I walked away from Audition (but quickly returned) are the same reasons you stayed nailed to your seat, or ran for the toilet, or leaped for joy in the parking lot. What matters is that we talk about what happened to us back there, while the projector ran.

That’s not done anymore in most media. But FFC is on another plane altogether, with its fervent embrace of the filmgoing experience. Whether that embrace yielded a love affair or a wrenching blast of halitosis, Walter, Bill, et al haven’t been afraid to disclose, nor to analyze, nor even to quote Transcendentalist poetry. When I discovered the site in 2003, on a Web fouled by metric tons of FUCK YOU and YOU SUCK FAG, it was like someone had dropped me an oxygen mask and an inflatable shelter.

There’s a lot to see on SIFF’s slate of 200-plus feature films. Francis Ford Coppola shows off Tetro, his first writer-director effort in decades. Humpday, by Seattle filmmaker Lynn Shelton, gets a Seattle debut after drawing acclaim at Sundance. Spike Lee picks up the awkwardly named Golden Space Needle Award for lifetime achievement. And they’ll premiere Lassë Hallstrom’s tear-extorter remake Hachiko: A Dog’s Story, which is what Marley & Me would have looked like if they’d spared the dog and killed Owen Wilson.

You can track this junkie’s progress toward the next fix via Twitter, through occasional updates at this blog, and of course, in reviews and possibly features at the mothersite. In my civilian identity, I cover arts and performance here. Aside from a very reasonable fear that Bill will edit my prose into Canadian English (“colour” just looks like it should be pronounced differently, doesn’t it?), I’m excited and enthusiastic about this project.

If you’re a Seattle reader attending the fest, look for me there. I’ll be the novice critic with the shaven head, pacing the lobby during the freaky parts and dying to go back into the dark.

Apropos of Nothing: Pixar Poll 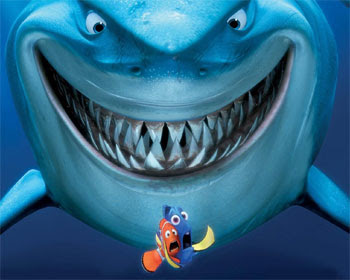 Although WALL·E was the first Pixar movie to make my annual Top 10 list, it's hardly my favourite from the studio. With Up just around the corner, curious to see if there's a consensus around here as to the best Pixar feature; I think my personal order of preference would go something like:

What say you? And does anyone actually like Cars?

Labels: Apropos of Nothing, Lists

So, uh, if you haven't heard yet, I really liked Observe and Report. While I patiently await the opportunity to see it again, thinking about it now I'm particularly struck by how everything about this movie seems to make more sense in retrospect. I mean, how brilliant is that poster? You take one glance at it at the multiplex and you can't help but complain--Christ, didn't I just see a Seth Rogen movie last week? And then you finally see the damned thing and take another look at the promotional material. The tagline perfectly captures the film's atmosphere and its frightening implications, and its minimalistic design doesn't really represent a straightforward introduction to its star so much as it resembles a wanted poster. Now all I can do is speculate on how much of the film was a product of Ronnie's fevered imagination. Those strange Yuen twins who serve as Ronnie's support team--nothing more than a surreal Lynchian fantasy?
Frankly, I'm still astounded that Rogen would be the one to carry the film with such natural understanding of what he represents in the movies today--the one to imply that the films we've all been laughing at over the last five years or so were informed by something simplistic and unhealthy. I looked back recently on some old reviews I wrote about the Judd Apatow flicks before my days at FFC, and realized how little the films' conservative agenda meant to me in the face of its quick-draw profanity. I figured they were saying something reasonably eloquent about the characters' basic immaturity and insecurity--and maybe they were. But then came Observe and Report, complete with a lead character who never, ever has to acknowledge how much of a maniac he is... and I was surprised to finally understand how little effort it took to coerce these characters into simply translating their immaturity and insecurity into something more socially acceptable. The 40-Year-Old Virgin and Knocked Up both revolve around the idea that wanton irresponsibility will eventually lead to stable responsibility, right? The thing is that these movies want to impart to their audience that actions have consequences, but also that they're less severe than you think--the solution is to roll with the punches rather than try to affect real change in how you look at life. In passing the torch from Kevin Smith to Judd Apatow, you kid yourself into thinking that this brand of comedy is evolving, but no one's really learned anything since Clerks II and its ultimate message that you can be a hate-filled prick so long as you're a self-sufficient one.
It's really no different from any of the other lessons you can find in the family-friendly garbage that routinely infests theatres. See, the most infuriating thing about Paul Blart: Mall Cop is this idea that you can toss a lovable fuck-up into any scenario and comfortably pretend that none of it really matters. So why think twice when we give that lovable fuck-up a badge and more responsibility than he knows what to do with? He'll figure it out on his own, I'm sure. I said my piece about learning the follies of escapism on this blog in January, but what fascinates/terrifies me about these movies now is how the manufactured distractions are pitched as outright solutions to the problems from which they were supposed to distract you. Don't worry, Mom, your kid may be a profane idiot prone to bouts of self-destructive violence, but he just needs to beat his head against the wall a few more times before he settles down with some nice girl and has his two-point-five children. It's not a matter of learning from your mistakes--it's a vague Wile E. Coyote hope that maybe firing yourself from a giant longbow will eventually yield results that don't involve ramming your face into a telephone pole.
The comfort of maintaining that sense of cheap vulgarity is resulting in something less than savory. Out of the many, many things Zack Snyder fucked up in Watchmen, Doctor Manhattan's appearance wasn't one of them--and yet it's been a full month after the fact and I'm still hearing jokes about his "big blue dick." True enough that Watchmen was so completely atonal that it couldn't tell genuine pathos from a hole in the ground, but the end of the world looms overhead and you're still snickering about naked man-parts? What the fuck, man? It's already been well-documented in the early reviews, but I suspect that the full-frontal nudity in Observe and Report will dominate the conversation once everyone realizes how far and away this movie is from Paul Blart, and maybe that's a good thing. You know, what with that sudden revelation being the moment when the movie drops the very last hints of misinterpretation and confronts you with the full weight of its madness, dyed so thoroughly into the wool of its gross-out "humor" that no one can pretend that everything they've laughed at doesn't have consequences. Consequences that are going to require a little more introspection than you've given them up until now. At this early stage, the general response to the film looks like it's going to be a mixed one, which you can probably ascribe to its dearth of uncritical comedy. But at least it seems poised to jump-start a new conversation about the effects of what we watch on our general worldview--and maybe that's the best that anyone can ask for right now.
Posted by Anonymous at 5:24 AM 24 comments:

Pings from the Deep

More bloggity goodness from me and others soon.
Posted by Bill C at 10:35 PM 2 comments: