The term "high concept" never made much sense to me as story terminology. The popularly accepted definition is a story idea that can be encapsulated in a single sentence -- preferably one without too many modifiers or commas. You reel it off to a producer and he screams with glee, throws money at you, and sets you up with an office at Paramount. In TV, "'Wagon Train' to the stars" was the high-concept core of "Star Trek."¹ Toss a lemon peel in your martini instead of an olive, and suddenly it's a whole new drink that still proffers the same comforts.

In a more detailed reading, "high concept" doesn't so much describe a film or franchise as lay its base. The simplest foundations are often the most elegant. They come across like Zen koans, and plunge a writer's (or a viewer's) brain toward contemplation. The nucleus of the entertainment is revealed as not so much a statement as a question, and the answers are for the screenwriter and the audience to ponder, and for successive generations of scribes to build on. The founding idea leaves ground for a scaffold of what-ifs, and pretty soon there's material for sequels, second seasons, tie-in books, webisodes, slashfic. 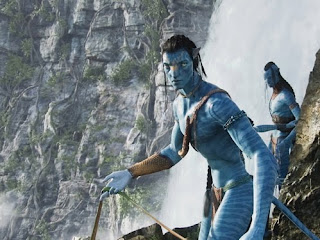 Critics accuse science fiction movies of being just wispy motes of story encased in special effects. In the case of Avatar, that's actually true: James Cameron built a story base so slight and universal that it's the locus of practically every negative review the film has received.² A career soldier ventures into the territory of an outmatched enemy culture, embraces and masters that culture, and turns on his oppressive former leaders. That story hook leaves the viewer's mind uncluttered enough to dive wholly inside the 3D prog-rock album cover where the Na'vi reside. Not the medium, but the technology employed in that medium, is the message. The consequences of Jake Sully living out the life his brother should've had, the body-horror that drives him out of his own flesh, go unexplored. One hopes for something more when the lights go down for the sequel, but "John Dunbar among the Tharks" does fine as the entry gate for Cameron's new amusement park, and while we're there ... hey! dragons fighting Black Hawks!³

The best high concepts are better described as "wide platforms": They can spur good storytelling because of the avenues they leave open for exploration. The pitch for a wide-platform property is easily mocked, especially when it hinges on the "x + y" formula: Hamlet + Bambi = The Lion King. But even that example proves the thesis, as the hybrid story kernel grants structure to spectacle and yields an enduring animated film. (Due credit to the Disney marketing apparatus, of course, but why didn't their mojo work for Treasure Planet?)

A literary analog is the American minimalism of Hemingway or Raymond Carver (at least Carver as sculpted by Gordon Lish), where simple scenarios and spare language nonetheless grant us a vivid sense of the action, and a chance to sound out the characters' emotional states for ourselves. Think of The Old Man and the Sea as Snakes on a Plane with a Nobel. In modern television, the wide-platform story approach has given us "Buffy the Vampire Slayer," in which Joss Whedon built long, rewarding arcs on on the simplicity of "cute girl stakes the undead." Compare that to the underlying platform of "Dollhouse": "Science-fiction whorehouse raises questions about gender, individuality, identity, and interpersonal relationships."⁴ 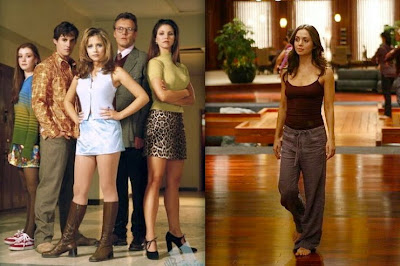 Too specific, yet also too airy. A footstool with too many legs. Some of them are made of balsa. The house falls down.

¹ ... and who remembers "Wagon Train" today? Charged with the reboot and constrained by cinematic SF's fetish for ship-to-ship space combat, screenwriters Orci and Kurtzman -- by all indications Campbellians to the bone -- instead bonded Kirk and Spock by having their parents murdered by the same vengeful asshole.

² The plainest story concepts reoccur like viruses, even if nobody's read them since Elvis was in the Army.

³ It's unrelated, but I've been dying to note that Cameron uses Avatar to pay homage to himself at least twice: the grunts' "motion detector" encounter in the Pandora undergrowth (itself an homage to Christian Nyby's/Howard Hawks' The Thing From Another World), and Sully's True Lies swing from a chopper-mounted missile. Find here also his latest instance of someone asphyxiating in a dark, claustrophobic, future-industrial space before being rescued by a love interest/gender opposite.

⁴ "Firefly," Whedon's "Western in space," sadly wasn't given much time to prove its platform's stability. I suspect as it went on -- taking Serenity as Exhibit A -- it would've been forced to pick a story path for its heroes and hew to it.

Posted by Jefferson Robbins at 9:54 AM 44 comments: 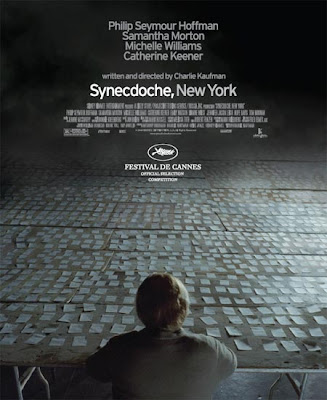 So now (trumpet fanfare) the best of the aughties - all-in-all a magnificent decade in film… discuss.
Best of the 00s
10. The Dark Knight
9. Where the Wild Things Are
8. Pan’s Labyrinth
7. There Will Be Blood
6. No Country for Old Men
5.Trouble Every Day
4. The
3. Mulholland Drive
2. Eternal Sunshine of the Spotless Mind
1.
Posted by Walter_Chaw at 10:22 PM 17 comments: